Aside from the fact that the plot is always over the top, contrived and very unlikely because that’s what entertainment is all about, there are just some things that immediately spoil a horror film’s believability. Maybe they’re just bloopers that get overlooked, maybe it’s just a case of bad judgement on the director’s part but whatever the reason they throw a giant spanner in the works.

1. Nudity that’s clearly been placed for no reason other than as an excuse to show some boobs.

I’m not overly fussed about nudity in films, as a big horror watcher I’ve got used to the inevitable nudity in the majority of horror’s, but sometimes it’s just totally unrealistic. Often scenes with nudity are so blatantly included as a desperate attempt to include some nudity that it’s enough to make you want to face-palm so hard you break your own nose. There are lots of times in horror films where a girl will remove clothing at a time that makes you scratch your head in disbelief, and it just screams ‘THIS HAS NO RELEVANCE, IT’S JUST AN EXCUSE TO SEE SOME BOOBIES!’ Kind of like the reaction most guys have when Taylor Lautner rips off his shirt at every given opportunity in the Twilight films. It’s just done for the sake of showing some flesh.

2. When the characters get irrationally scared 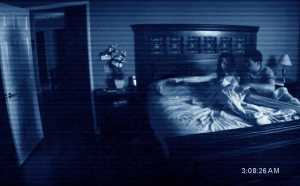 There are some situations in horror films where the characters are shit-yourself terrified for no real reason. If it’s a haunted house flick, they’re often shitting themselves after the very first noise they hear. Realistically we probably hear lots of little noises when we’re at home alone but because we’re rational and used to living in the real world where actual scary things happen very seldom, we don’t freak out. I don’t know about you guys, but if I heard one bump in the night I wouldn’t think anything of it unless it happened, say, ten times in a row and sounded like footsteps that stopped RIGHT NEXT TO ME. It would take a hell of a lot more hard evidence than one loud noise before I was so much as quivering a little in fear.

3. When they don’t turn the fucking lights on!

If I’ve ever been actually, physically angry at a character in a film it’s those horror film characters that wander around a house investigating weird noises without turning on a single damn light. It might be cinematic and it might make it more tense but it’s not realistic at all. Who does that? I wouldn’t walk around the house with all the lights off in the middle of the night just to go downstairs and get a drink let alone if I was investigating what I thought was a bunch of intruders trying to kill me! Unless there’s been a power cut those characters have no reason to be stumbling around in the pitch black. Flick a damn switch for God’s sake!

4. When they don’t seem to give a shit/take any notice when the dog is acting weird 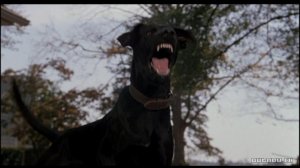 If my dog growled at a seemingly empty room, or refused to come into the new house, or was just plain acting weird I would probably start to twig that something wasn’t right. Kind of like if kids act out of character and start talking to invisible people or screaming because ‘someone’s stood over there’, if the dog won’t go inside there’s something not quite right.

5. When it takes them AGES to get the hell out of the house

I don’t care if they can’t afford to move out because all their money’s tied up in their nice new gothic looking country house, when shit gets real you get the hell out. Surely these people have family they could stay with? Get the hell out! I know most of those kinds of horror films avoid the cliche ‘they moved out and lived happily ever after’ ending by throwing a demon-that’s-haunting-the-person-not-the-house scenario but let’s face it, if you didn’t know that it’s you that’s being haunted and not the house, you probably would get the hell out as soon as possible.

6. When the girls in slasher films do really stupid things

Of course in the world of horror women are stupid drama queens with no common sense, and all we’re good for is taking out clothes off and looking good (eye roll) the women always do stupid things when they’re being pursued by a crazed killer, as Sidney Prescott in Scream says ‘they’re always running up the stairs when they should be running out the door’ (right before she gets chased and runs up the stairs herself…because no matter how rational us women are, when shit gets real we’re all stupid and useless). They’ll pick the tiniest weapon, like a letter opener or a vegetable knife, and run around like headless chickens, and then when they do hide they can’t seem to stay quiet and usually let out a squeal or a gasp that gives their location away. Come on now, I find it hard to believe that the characters in these films are really that stupid.

7. Why do they never chop off the ‘invincible’ killer’s head?

I’ve always had this theory that even if Jason Voorhees can’t die, surely if you chopped his head off and then maybe chopped him up into little bits there would be no way he could ever come back to life. Chucky did it but he’s made of plastic so that doesn’t count. Then if you maybe burned a few bits and buried the rest it’s a pretty sure-fire way to ensure he rises from the dead no more. Which brings me onto the next one…

8. The killers are invincible

No one lives forever and there is no way in hell these killers could possibly come back to life after being shot in the head a few times. It might be a less scary film if the killers could be disposed of easily but no one can rise from the dead like that and the fact that these stalk and slash killers are invincible is ridiculous.

9. People have sex in the most ridiculous places and at the most inappropriate times

One film I watched, which was an absolute atrocity called Sickle, had two characters bonking on a slaughterhouse floor. Who the hell does that? I mean, it’s one thing lurking around a slaughterhouse at night anyway, but who on Earth would willingly remove their clothing and let themselves come into physical contact with a dirty, bloodied floor that stinks of rotting flesh and the fear of a thousand cows? Not to mention that would be a fucking terrifying place to be in the dark and would so not be a turn on.

10. The black guy dies first and other stupid conventions

Do I even need to explain this one? Your race, gender, sexuality or whether or not you’re a virgin has nothing to do with whether or not you can survive an attack by a crazed killer, and yet these conventions still stay pretty much true in contemporary horror, despite the fact that this is the 21st century. And the nice guy always dies too I’ve noticed, because apparently nice guys are somehow not masculine, and if you’re not masculine you’re not strong or capable enough of surviving.

I’m sure there are many more things that can be added to this list, if you have any suggestions of your own please feel free to drop them into the comments! This is just a bit of fun, anyone that knows me will know I love horror films.